Alexander McQueen: Savage Beauty, only at the MET 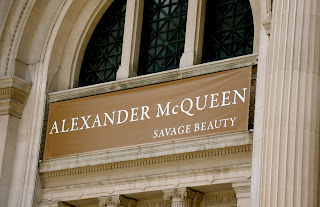 "There's no way back for me now.  I am going to take you on a journey you've never dreamed were possible."-A. McQueen 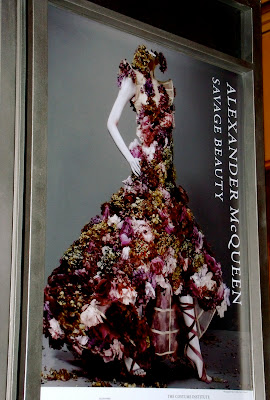 On February 11th, 2010 the fashion world was shocked with the devastating news of British fashion designer Alexander McQueen's death.  McQueen was known for his dramatic representation of beauty and art through the medium of fashion. He was exceptionally skilled in his execution of impeccably structured suits and masterful drapery.


The Costume Institutes's "Alexander McQueen: Savage Beauty" displays over 100 sensational masterpieces from this extraordinary artist.  McQueen draws his inspiration from observations in history, politics, movies, and nature. Viewers can feel the gripping tension from his graduate show "Jack the Ripper Stalks His Victims." The grotesque pieces drew inspiration from dark themed films such as "The Shining".  In contrast, his "Plato's Atlantis" collection was inspired by his many excursions in the under the sea whilst scuba diving.
As one journeys through each room of this exhibit, it's hard not to see how innovative McQueen's fashion shows were.  Each of his show works not just to unveil his latest collection, but also to tackle historical or political controversies.  This epic display of one of fashion's modern legends transports you into the very psyche where McQueen drew his many inspirations.  You better buckle up before you go in, because you're about to go on a very bumpy ride.

Inspired by the chess scene in "Harry Potter and the Sorcerer's Stone" McQueen's Spring/Summer 2005 show presented a live chess board, with models portraying game pieces. 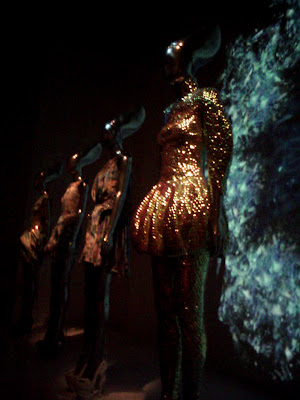 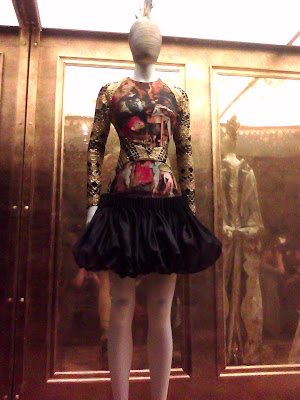 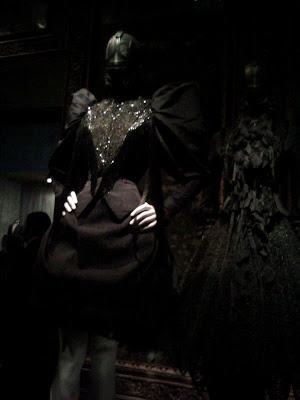 What's in the Chronicles?

The adventures - and misadventures - of a twenty-something girl's journey in New York City.